What was the real reason for the contact lens infection disaster?

Events that have taken place in the market of contact lens hygiene and care products over the last two years give the impression that the hygiene scene is again in crisis. A crisis which is perhaps comparable with the "chlorhexidine shock" of almost three decades ago, which raised the question "is there a completely effective, safe and trouble-free way of caring for contact lenses?"

Events that have taken place in the market of contact lens hygiene and care products over the last two years give the impression that the hygiene scene is again in crisis. A crisis which is perhaps comparable with the "chlorhexidine shock" of almost three decades ago, which raised the question "is there a completely effective, safe and trouble-free way of caring for contact lenses?"

If it were up to the "hard-core hygienists", every consumer would have been equipped with highly effective disinfectants long ago and would attend daylong courses on the use of disposable gloves and other sterile products. However, this would not be popular with consumers. On the other hand, some pragmatists would take the opposite approach and cheerfully declare that, for a long time, contact lenses were just wiped, stored in a little box overnight and then given a quick lick before being put back in eyes, and everything was fine. To this I would respond: "It is certainly possible to tumble down Niagara Falls in a barrel, and it MAY be fine..."

Although some people may have gleefully smirked two years ago when CIBA Vision's problems with Solo Care led to a spontaneous suspension in supply, it has since become clear that we may be facing a transformation in the entire problem; a "climate change" in the world of contact lens hygiene.

1) The efficacy of the products and their components.

2) The compliance of the users.

3) The cost-effectiveness and ability to infiltrate the market.

There are numerous scientific investigations and studies, which must be taken very seriously, concerning the efficacy of contact lens care solutions, but there is also a great deal of speculation. This originates from the fact that different regulatory bodies still have differing views, even when the efficacy of a product or a product group has been proven. Naturally there are long-standing international standards on this matter, which are complied with as a matter of form. But is it actually possible to prove a universal efficacy in practice, using a handful of reference germs and a defined reduction rate? The fact remains that in the current tests, established to investigate the efficacy of contact lens care products, the Acanthamoeba family of organisms were not considered at all, even though the contamination and survival behaviour of Acanthamoebae are known to differ significantly from bacteria.

It is repeatedly reported in scientific investigations that, even in western countries, we do not have all microbiological attacks under control. Although the plague and cholera have been eradicated, there is an ongoing evolution and adaptation in microbiology which produces new threats. Furthermore, the many comforts of modern urban structures present completely different targets than we had 50 years ago. For example, in towns with high buildings, where smaller, private, elevated water tanks improve water pressure, contamination in tap water is up to 15 times higher than in regions where there is no standing water in the supply network. To put it more bluntly, the study of Seal et al.,1 from 1992 revealed that gram-negative bacteria and Acanthamoebae could be isolated in 59% of all tap water samples. Three years later Michel, Burghardt and Bergmann2 reported that bacteria and free-living amoebae, including Acanthamoebae, were happily mixing with drinking water in a newly constructed hospital complex. So, although hygiene is better understood now, we continue to be presented with new problems to solve.

Contact lens hygiene product manufacturers should reconsider whether their established test methods still meet the current requirements for individual solutions and systems. The relevance of resistances in the germ spectrum can certainly not be ignored in this context.

Pearls for ocular surgical success in patients with chronic uveitis 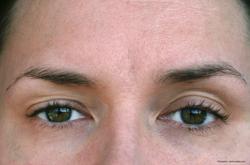