The PASCAL (Pattern Scan Laser) photocoagulator delivers multiple laser burns in the form of short pulses using higher power than the conventional laser photocoagulator. Laser energy is absorbed, in the main, by the melanin pigment of the retinal pigment epithelial cells and the choroid to cause a hear-induced tissue injury. Initial studies have suggested that the retinal injury using a short pulse laser is limited to the outer retinal layer leaving the inner retinal tissues relatively intact.1 Professor Ogura's clincal study looked at the retinal tissue response after PASCAL laser photocoagulation using modern imaging techniques.

What makes the PASCAL laser different?

In 2008 Jain et al conducted experimental studies on rabbits.2 These looked at the different pulse durations and power of laser photocoagulation and their effect on the size and character of the retinal lesions using rabbit eyes. They conducted the laser photcoagulation with a 532-nm Nd:YAG with various laser parameters and histological examinations to evaluate the retinal tissue response. 100, 200 and 500 microns were used. Pulse durations of 10 to 100 milliseconds and power variations of 50 to 250 mW was studied. This enabled them to demonstrate that the 100-millisecond laser pulse damaged not only the retinal pigment epithelium and photoreceptors, but also the choroid and inner retina. However, with the 10-millisecond exposure only damage to the retinal pigment epithelium and photoreceptors was observed.

In this study Dr Ogura studied the retinal tissue response after PASCAL laser photocoagulation using modern imaging techniques. The researchers used Fourier domain optical coherence tomography using the 3D OCT 1000 from Topcon to assess the retinal tissue response. For comparison, we also studied the patients treated with conventional laser photocoagulation. They performed laser photocoagulation to treat patients with proliferative diabetic retinopathy abd those with diabetic macular oedema. OCT was carried out one hour after treatment to evaluate the immediate retinal tissue interactions and 2 to 4 weeks after the treatment to study the healing process. Fundus autofluorescence was also captured using the Spectralis HRS from Heidelberg Engineering.

Lesions produced by the conventional laser photocoagulation were found throughout the retina from the choroid to the inner limiting membrane. Those lesions induced by the PASCAL method were confined to the retinal pigment epithelium and outer retina. The OCT images taken two weeks after the PASCAL laser treatment indicated that the inner retinal layer, including the nerve fibre layer remained relatively intact. This was consistent with Jain et al's findings.2 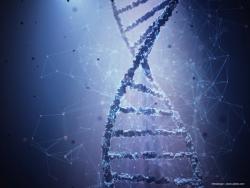 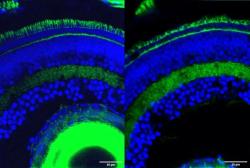