Although the standard of care remains the pharmaceutical option, surgeons would like to see other options for individualised treatment, including artificial intelligence and sustained-release technologies.

The glaucoma market seems to be in an expansion phase, as evidenced by the explosions in the number of new pharmaceutical and surgical options entering the marketplace. The availability of new devices is possibly the single most influential factor currently driving the growth.

“The introduction of microinvasive glaucoma surgery (MIGS) devices, especially, has resulted in the opening up of the market to a new group of surgeons, with cataract surgeons now performing combination procedures,” said Ms Kristen Harmon Ingenito, vice president of Market Scope in St Louis, Missouri, United States, speaking at the Glaucoma 360 New Horizons Forum that took place in February 2022.

Ms Ingenito pointed out that the interest in MIGS has been increasing since this development. “The new devices are resulting in increases in both the number of doctors performing glaucoma procedures and the number of patients [who] benefit from [them].”

The current global glaucoma product market is estimated to reach $6.1 billion, with pharmaceuticals commanding 80% of the pie. Of that segment, fixed-combination drugs account for 29%; branded and generic prostaglandins are at 14% each; beta-blockers, carbonic anhydrase inhibitors and alpha agonistsare at 7% each; and miscellaneous drugs are at 5%.

Glaucoma devices represent 13% of the market, with the biggest share (6%) held by MIGS devices. The remainder of that segment consists of canal surgery devices, tube shunts and lasers, all at 2% each, and other devices at 1%. These percentages divided up among several treatment options satisfy surgeons’ desire for a variety of treatment options.

“[Although] the standard of care clearly remains the pharmaceutical option, surgeons want a variety of other options to facilitate treating different patients in the best way possible on an individual level,” Ms Ingenito said. “They do not all respond well to the same treatment option.”

The surgical device segment is currently exhibiting a “very healthy” growth phase, a great deal of which is the result of treatment options (i.e., rho kinase inhibitors and canal surgery devices) that are still relatively new. “I am seeing a great deal of openness and willingness to accept new and novel technologies within the glaucoma space,” Ms Ingenito said. “This is very exciting, considering all the new products on the horizon. Surgeons are willing to try new products to see [whether] they can realise a benefit for their patients and integrate them into their practices.”

Ms Ingenito said that she views the expansion of MIGS devices as somewhat of a surprise. The MIGS device segment of the market is currently enjoying an annual growth rate of 29%, which is surpassing rates for the other devices, fixed-combination drugs and branded prostaglandins thus far.

This growth was driven by both cataract and glaucoma specialists at all stages of their careers. In addition, the safety profile and minimally invasive nature of MIGS devices appeal to many surgeons.

As with most other segments of the economy, the increase in volume of glaucoma procedures was interrupted by the pandemic, resulting in a 24% decrease from forecastsfor 2020 and a decrease of approximately 12% from 2019. Pharmaceuticals were not impacted in the same way because patients continued to order and instill their anti-glaucoma drugs. However, as Ms Ingenito explained, theimpact of the pandemic on thevolume of glaucoma procedures performed is short-term and already starting to rebound.

The number of patients affected by glaucoma is increasing. In 2021, a total of 145.9 million people were estimated to be affected. By 2026, that number is projected to be 166 million, representing a combined annual growth rate of 2.6%.

“The bulk of patients have primary open-angle glaucoma and exfoliation glaucoma, constituting 67% of the population, and that percentage will increase to 77.1% by 2026 largely because of ageing of the population,” Ms Ingenito said.

Another consideration is the substantial number of patients with glaucoma who are presently undiagnosed and untreated. There is substantial room for growth in disease screening and staging; in gaining a better understanding as to which patients to treat and when to treat; in the choice of the best individual treatments; and in maintaining patients’ compliance with pharmaceuticals.

The enthusiasm in the glaucoma pipeline lies in a few areas, including the following:

• Artificial intelligence (AI) has the potential to enable a better understanding of the disease and improve the glaucoma diagnostic capabilities of physicians. This technology will produce home-based diagnostic and monitoring options in the form of headsets for testing, objective testing and AI-aided disease screening, staging and monitoring of progression.

“AI screening will expand patient access to care, which can then incorporate primary care or geriatric care doctors in the screening process to identify patients with undiagnosed glaucoma. AI also may become a tool to help doctors who may not have a firm background in glaucoma to determine when to refer patients and be more effective in doing so,” Ms Ingenito said.

• Many sustained-release technologies are in the pipeline, with the goal of improving efficacy and longevity of treatment. The impact on the market of durable drug options, Ms Ingenito noted, will largely be determined by the technology that enters the market – that is, the safety, efficacy and duration of effect.

• Expansion of treatments of severe disease while maintaining the safety profile of MIGS devices and stents is expected. These includePreserFlo (Santen);MINIject (iSTAR);iStent Supra and iStentInfinite (Glaukos); XEN (Allergan) ab externo; and titratable procedure options that can be mixed and matched to address individual patient needs.

In 2021, 60 new companies announced their intention to enter the ophthalmic market, but they currently have no ophthalmic products. Ten of the 60 companies were specifically focused on glaucoma, and most were investigating pharmaceuticals or combination devices. There is also considerable interest in gene therapy, as it affects glaucoma and diagnostics. “I am very excited to see where all these innovations are going,” Ms Ingenito said.

The bottom line is that industry is showing a great deal of interest in glaucoma. Ms Ingenito concluded that the specialty has a large and growing patient population, that new market segments are being established and that the market is accepting novel treatments. She added that there is a continuing demand for flexible and varying treatment options, whilst research into disease stages and diagnoses is ongoing. However, reimbursement continues to be challenging.

MsIngenito has no financial disclosures related to this content. 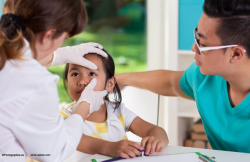 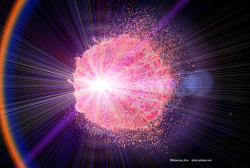