The rate of endophthalmitis after 25-gauge pars plana vitrectomy (PPV) is significantly higher than that after 20-gauge PPV.

The rate of endophthalmitis after 25-gauge pars plana vitrectomy (PPV) is significantly higher than that after 20-gauge PPV, according to the results of a study published in the January issue of Retina.

Ingrid Scott from the Bascom Palmer Eye Institute, Miami, USA and colleagues from other US ophthalmic centers conducted a computerized database search at each centre to identify all patients who had undergone PPV between January 1, 2005 and December 31, 2006, and who were subsequently treated for endophthalmitis. In addition, all patients who underwent PPV and were subsequently treated for endophthalmitis at Pennsylvania State College of Medicine and Bascom Palmer Eye Institute during the study period were included. The medical records of these patients were reviewed to confirm that the endophthalmitis was associated with PPV.

The incidence of endophthalmitis during the study period was two cases per 6,375 patients (0.03%) for 20-gauge PPV compared with 11 cases per 1,307 patients (0.84%) for 25-gauge PPV (p<0.0001). Of 11 eyes that developed endophthalmitis after 25-gauge PPV, nine received endophthalmitis prophylaxis with subconjunctival cefazolin after surgery. Cultures were negative in three cases and no culture specimens were obtained in one case. Six of the seven isolates were coagulase-negative staphylococci, and one was enterococcus. Five of six isolates tested for sensitivity to vancomycin were sensitive, and both isolates tested for sensitivity to ceftazidime were sensitive.

Is the robot-assisted procedure the future of MIGS? 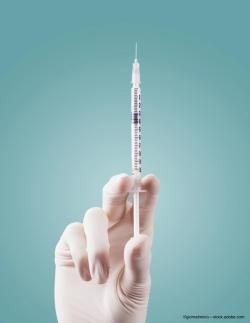