Femtosecond lasers create highly reproducible flaps that correspond with preoperative intended thickness, according to the results of a study published in the January issue of the Journal of Cataract and Refractive Surgery.

This study demonstrates that femtosecond lasers are an accurate method of producing intended flap thicknesses. 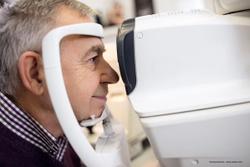 Application for Genentech’s faricimab accepted by U.S. FDA for treatment of wet AMD and DMO