First described in 1881 by Litten 1 and attributed to Albert Terson, a French ophthalmologist who later described it in 1900, 2 Terson's syndrome is a condition defined as vitreous haemorrhage occurring in association with a subdural or subarachnoid haemorrhage (SAH). Here, Bastawrous and his team of colleagues describe a patient with Terson's syndrome and subsequent Candida endophthalmitis.

A 45 year-old lady was found collapsed at home having suffered a respiratory arrest. She was intubated and ventilated, and a CT brain scan revealed a grade III subarachnoid haemorrhage. She was later extubated and transferred to the Neurosurgical High Dependency Unit (HDU), Leeds General Infirmary, UK.

How did we treat it? 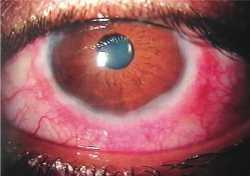 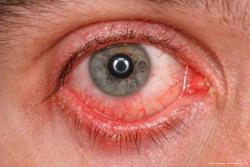 Monkeypox may be linked with conjunctivitis