Supplemental bevacizumab may be useful in retinopathy of prematurity

Intravitreal bevacizumab may be beneficial as a supplemental therapy for retinopathy of prematurity or as monotherapy in certain cases.

Intravitreal bevacizumab may be beneficial as a supplemental therapy for retinopathy of prematurity or as monotherapy in certain cases, according to data featured in Retina.

A team led by Dr Ruth Axer-Siegel, Department of Ophthalmology, Rabin Medical Center, Schneider Children's Medical Center of Israel, Petah Tiqwa, Israel, reviewed the files of nine consecutive infants who were administered intravitreal bevacizumab for the treatment of bilateral severe posterior retinopathy of prematurity. The gestational age was between 24 and 27 weeks and birth weight was between 660g to 1131 g.

Indications for treatment included retinopathy of prematurity progression from Stage 3 to 4A or 2 to 3 with extraretinal neovascularization, active neovascular Stage 4A disease after laser and cryo-treatment, anterior segment neovascularization and bleeding post-laser treatment and aggressive posterior disease with tunica vasculosa lentis and vitreous haze.

One patient underwent lens-spearing vitrectomy in 2 eyes after administration of bevacizumab. One eye developed macular fold and one patient underwent a bilateral scleral buckle. The anatomical results were favourable in 17 eyes and there were no reported local or systematic complications. 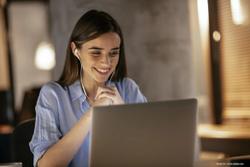