A NICE turn of events: earlier decision to limit access to Lucentis overturned

A controversial decision by NICE to limit the use of the anti-VEGF drug Lucentis in treating patients with wet AMD, is being reconsidered.

A controversial decision by NICE, the England & Wales' drug watchdog, to limit the use of the anti-VEGF drug Lucentis in treating patients with wet age-related macular degeneration (AMD), is being reconsidered. Draft guidance now recommends that the UK National Health Service (NHS) should pay for a maximum of 14 injections of Lucentis (ranibizumab; Novartis Ophthalmics) per eye. It also recommends that the manufacturer should pay if any further doses are required.

Although these proposed new guidelines are being welcomed by many, there are others who are still less than pleased. This is largely because, Macugen, the first anti-VEGF drug (pegaptanib; Pfizer) to be approved in Europe, is still not being recommended for use, despite having been approved by the Scottish Medicines Consortium.

Steve Winyard, Head of Public Policy at the Royal National Institute of Blind People (RNIB) remarked, "We welcome NICE's proposed changes as a major way forward in providing treatment to thousands of people with wet AMD. However, we would like NICE to reconsider its recommendation not to allow the use of Macugen on the NHS. Doctors should be able to choose between the available licensed treatments, based on their clinical judgement of what is in the best interest of the individual patient."

OTE spoke to Mr Amoaku, Associate Professor/Reader & Honorary Consultant Ophthalmic Surgeon at University Hospital, Queen's Medical Centre, Nottingham, and he also reflected these concerns. "It is good that they are now advising that we can use Lucentis for all types of wet AMD in both the first or second eye, that is a very great improvement. However, I believe Macugen should still be allowed as a second-line treatment for patients who, for whatever reason, are not benefiting from Lucentis. For example, there are some patients who cannot attend clinics every four-weeks for their treatment, it may be easier for them if they only need to attend every six-weeks. Also, some patients do not have such a good reaction to Lucentis and therefore they will require an alternative treatment. Furthermore, those patients who have already had Macugen and benefited from it would still want to carry on with it, there is absolutely no reason to change these patient's treatment."

Needless to say, Pfizer, the manufacturers of Macugen, are also deeply concerned that the drug has not been recommended. David Gillen, Medical Director at Pfizer Ltd commented, "Pfizer is extremely disappointed that this second appraisal consultation document (ACD) does not recommend the use of Macugen. Throughout the appraisal process Pfizer's position has been clear - patients and their physicians should have a choice over which anti-VEGF treatment is appropriate for individual patients - on treatment does not fit all. Macugen has been shown to maintain vision in patients with all types of wet AMD and has a license to reflect this. It is unacceptable that patients in England and Wales should be denied the choices that patients in Scotland have."

NICE reconsidered its earlier guidance, which recommended treating only the second affected eye, after receiving more than 13,000 complaints. Consultation on the new draft recommendations began on Friday 14th December and it is hoped that the final guidance will be issued sometime in the first quarter of 2008. 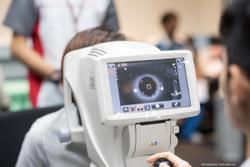 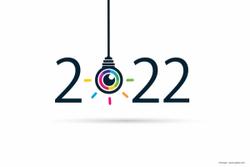 PDS in Retinal Diseases: Interpreting the LADDER and ARCHWAY Studies