An oil-in-water and a corticosteroid were both effective in eliminating the signs and symptoms of lid wiper epitheliopathy after a 1-month active treatment phase in a recent study. Improvement was effectively maintained with the emollient eye drops in all patients over a 12-month period.

In this study, 40 patients were treated for 1 month with loteprednol etabonate ophthalmic suspension 0.5% (Lotemax, Bausch & Lomb) and 40 were treated with a metastable oil-in-water emulsion for lipid augmentation (Soothe XP, Bausch & Lomb); 30 untreated patients served as the control group.

At the initial examination patients were randomly assigned to use loteprednol or the emulsion, applied one drop, twice-a-day for a month. The emollient eye drops alone were used during the year-long maintenance phase, although the corticosteroid was prescribed for 2-week periods per episode in patients who had a relapse of LWE, said Jack V. Greiner, DO, PhD, FAASS, co-author of a poster on this study presented at the annual meeting of the Association for Research in Vision and Ophthalmology.

LWE is a clinically observable alteration of the squamous epithelium of that portion of the marginal conjunctiva of the upper eyelid that wipes the ocular surface during blinking.

LWE was first recognised about 20 years ago by Dr Korb but until recently was not described in the literature. Although corticosteroids have often been used in treatment because of their anti-inflammatory properties, this therapeutic approach is inherently risky, Dr Greiner explains. The investigators, however, wanted to compare treatment with loteprednol, chosen because of its safety over extended periods, with the oil-in-water emulsion.

"We were interested in what would happen if you treated the inflammation just with this unique lubricant product and wanted to determine if it would provide relief of the symptoms and a reduction of the LWE instead of having to treat with a steroid," confirmed Dr Greiner. "This study essentially proved that LWE resolved and stayed resolved for up to a 12-month period, at least in 85% of the patients treated with the oil-in-water emulsion.

"It was a surprising finding that we could take a condition like this, for which we had no cure, and make it disappear simply by using an oil-in-water emulsion such as [the one used in this study]," he continued. "You can't do it with a conventional artificial tear. We've tried that over and over again and it doesn't seem to do anything for these patients."

Patients included in the multicentre study were aged 18 to 80 years and had a symptom score ≥10 on the SPEED questionnaire and LWE grade >10. After randomisation, IOP was measured at 2 weeks and 1 month to monitor for steroid-induced elevation. A 1-month follow-up visit was scheduled to evaluate the effects of the initial treatment phase, and periodic follow-up visits took place during the maintenance phase.

Fluorescein staining was performed at the initial examination following randomisation to determine the LWE grading score.

"Although the exact mechanism by which [the emulsion] alleviates the signs and symptoms of LWE is unknown, it is known that this oil-in-water emulsion increases tear film lipid layer thickness, and as such we believe this is a major factor in its effectiveness," Dr Greiner said.

This finding also suggests that LWE is the result of inadequate lubrication, causing friction and mechanical trauma that initiate an inflammatory reaction, he added.

The findings from this study should give clinicians new options in treating LWE, according to Dr Greiner. As the treatment approaches were equally effective in minimizing or eliminating the signs and symptoms of LWE, clinicians could prescribe initial and maintenance therapy with the oil-in-water emulsion or, if the patient's symptoms were significant, initially treat with a corticosteroid followed by a maintenance phase with emollient eye drops. The steroid also could be used as needed to treat periodic relapses of LWE.

The pathophysiology and pathomorphology of corneal ectasia: Part 4 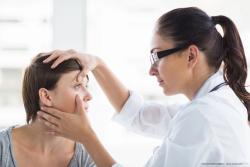