For more than a decade, Dr Mark Humayun, PhD, and his colleagues have implanted tiny, computer-chip driven devices in and around the eye in their efforts to restore sight to the blind.

Having realized that microelectromechanical systems (MEMS) technology also could be used to treat other ocular diseases, they have developed a miniature pump that can be refilled while implanted and that offers targeted and programmable delivery and increased patient convenience.

His team's solution is a tiny pump for intraocular drug delivery, similar to a small insulin pump, that can store a 3 to 9 month volume of a drug, such as a prostaglandin or beta-blocker. The device is similar in weight and shape to a glaucoma drainage device but pumps the drug into the eye instead of draining fluid.

The device, which is made of a biocompatible material, is minimally invasive and can be implanted subconjunctivally in the quadrant of choice. It consists of a refillable drug reservoir, which allows long-term drug delivery and reduces the number of surgeries, a flexible cannula, a check valve, and suture tabs. The cannula allows targeted delivery to tissues in both the anterior and posterior segments, Dr Humayun said, adding that a metered dose can be delivered at an accuracy of ±2%.

Dosing is controlled electronically by an electrolysis-actuated pumping system. Electrolysis changes water to hydrogen and oxygen gas; increased pressure in the reservoir then pushes up a diaphragm into a separate drug reservoir, and by doing so forces the drug out of the pump cannula.

The device has a 31-gauge transconjunctival refill and recharging system that will flush the cavity of 99.9% of any residual drug in less than 30 seconds. This feature also would be useful if the clinician wanted to switch medications to improve therapeutic efficacy, Dr Humayun said. A future generation of the device also could contain two chambers for delivery of separate drugs at different intervals.

"Wireless programming allows one to download, but also to data stamp exactly when the drug was delivered and how much was delivered," he said. "Also, you're able to recharge the battery. It's a very simple, straightforward type of approach. The novelty is in the refilling capacity."

The device refill system is designed to allow only the drug that is intended for use with the pump and thus will prevent inadvertent filling with another drug. However, the pump can be programmed to work with any drug.

Commenting on the effectiveness of the delivery method in preclinical testing, Dr Humayun said he had been surprised to find that a greater reduction of IOP was achieved with the pump system than with normal use of the same eye drops.

"Is this possible? Can you take the same drug and deliver it into the eye and get better IOP control and less fluctuation? I don't know, but it's looking very intriguing," he said. "It's not something I anticipated. I was thinking more about compliance."

Dr Humayun and his colleagues are continuing bench-top testing to assess the pump's reliability as well as preclinical testing of safety and efficacy. Plans are underway for the early phase of clinical trials. 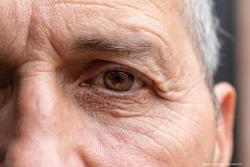