According to the results of an online survey conducted by the ASCRS Cataract Clinical Committee, the results of the ESCRS study of endophthalmitis prophylaxis do not appear to have had a significant impact on the practices of US cataract surgeons.

According to the results of an online survey conducted by the ASCRS (American Society of Cataract and Refractive Surgery) Cataract Clinical Committee, the results of the ESCRS (European Society of Cataract and Refractive Surgeons) study of endophthalmitis prophylaxis do not appear to have had a significant impact on the practices of US cataract surgeons, said David F. Chang, MD, at Spotlight on Cataracts 2007.

Open to ASCRS members, the survey was performed in January 2007 and captured about 1,300 responses. The participants were predominantly US surgeons, but represented a broad distribution of surgical volumes.

Of the survey respondents, 16% said they were already using an intracameral antibiotic before the ESCRS study, but only 7% had started based on its results, whereas 77% still were not.

For surgeons using an intracameral antibiotic, vancomycin was the most frequent choice (61%). Among the non-users, the most common reason cited (89%) was a need for further study. However, 45% were concerned about risk and 17% about cost.

When asked whether they would consider an intracameral antibiotic if a product for direct injection was commercially available, 47% said yes and another 35% said they would depending upon the cost.

"One can only speculate why the ESCRS study has not had more of an impact," Dr. Chang said. "The most common practice for antibiotic prophylaxis among the survey participants involved use of a fourth-generation fluoroquinolone started 1 to 3 days preoperatively and continued immediately after surgery. In the ESCRS study, levofloxacin was used and not started until the morning after surgery.

"Therefore, the ESCRS study did not answer whether intracameral cefuroxime is as good as, better than, or useful added to the most commonly used topical antibiotic protocol in this country," he said. "The fact that 82% of respondents indicated they would at least consider using intracameral antibiotics if a product was commercially available is an important message to our partners in industry." 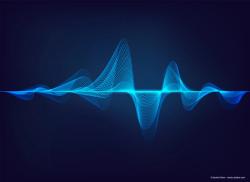