Canaloplasty is a recent development in non-penetrating glaucoma surgery intending to restore trabeculo-canalicular aqueous outflow without the formation of a subconjunctival bleb. The technique is being assessed as a viable alternative to trabeculectomy.

Viscocanalostomy, developed by Stegmann et al,1 was the first technique that appeared to offer a safe and effective alternative to trabeculectomy. However, it soon became evident that this method was not without problems of its own. Although the incidence of postoperative complications appeared to be lower with viscocanalostomy than with trabeculectomy, the non-penetrating procedure was found to be less effective at lowering IOP, and therefore the patient's dependence on medication, postoperatively, remained high. The reason for this relates largely to the fact that viscocanalostomy is able to open just 120° of Schlemm's canal, limiting its effectiveness and enhancing the procedure's likelihood of failure. Despite viscocanalostomy's inability to keep the ostia of Schlemm's canal open during the postoperative healing period, the technique, in theory, is sound.

Recent technological advances, however, have allowed surgeons access to the entire length of Schlemm's canal. The canaloplasty technique I described in the May 2007 issue of Ophthalmology Times Europe2 is very similar in principle to viscocanalostomy, with the exception that - thanks to the 200 µm microcather iTrack, developed by iScience Surgical - it accesses the entire length of Schlemm's canal.

Canaloplasty involves circumferential dilation of Schlemm's canal with an ophthalmic microcatheter and subsequent placement of a circumferential suture within the canal. The suture is tied to apply tension to the inner wall of Schlemm's canal and to distend the trabecular meshwork inward, thereby stenting open the canal. As this technique is non-perforating, it reduces the likelihood of complications associated with traditional, penetrating ocular surgery.

In August 2008, iScience Interventional received FDA approval for the use of iTrack to treat primary open angle glaucoma (POAG). This approval came in the wake of promising 18-month results from the trial my colleagues and I have been conducting to assess the safety and efficacy of the iTrack.

In this international, multicentre study, the three European sites had four surgeons with extensive non-penetrating surgery experience (iTrack is CE-marked in Europe). The study results demonstrated a significant reduction in IOP and glaucoma medication usage with very low complication rates when using canaloplasty to treat POAG. 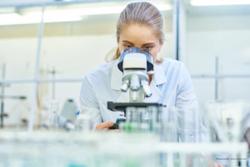